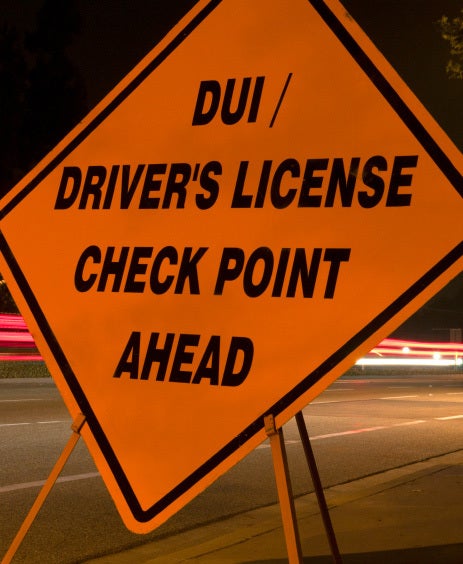 Denver police frequently set up DUI roadblocks, called "sobriety checkpoints," to evaluate passing motorists for signs that they are under the influence of alcohol or drugs. The purpose of these roadblocks is to detect DUI drivers that might otherwise escape the attention of the police. As the police stop the passing vehicles, they attempt to detect whether a driver's speech is slurred, whether they can smell alcohol or drugs, and whether the driver's demeanor seems to be impaired in any way. If the driver shows any indication of impairment, he or she will be asked to exit the vehicle to perform field sobriety tests and blood alcohol testing. If you have such a case, your Colorado criminal lawyer will have to analyze the procedures used by law enforcement in conducting the roadblock. It is illegal for the police to stop your vehicle unless they closely follow the procedures required by law for such a roadblock.

In 1990, The Supreme Court decided that law enforcement can stop your vehicle as part of an organized roadblock despite your Fourth Amendment rights against such governmental intrusion into your freedom. In Michigan Department of State Police v. Sitz, 496 U.S. 444, Chief Justice Rehnquest ruled that checkpoints did constitute a "seizure" under The Fourth Amendment, but that the public safety need to reduce alcohol-related accidents on the roadways justified the intrusion. Since then, many states, including Colorado, have put them into use. The Court's opinion stated that police can set up roadblocks because stopping drunk drivers is more important than the harmful aspects of restricting the freedom of drivers. However, the Court has also said that the law enforcement agency conducting the stop must follow strict rules when using this means of investigation.

The rules are intended to make the process indiscriminate - meaning that all cars have to be treated equally. This usually takes the form of stopping every driver, every third driver, or every fifth driver — and so on. The roadblock is considered "Constitutional," or legal, as long as the police stop the vehicles according to a prescribed plan, and not based on other considerations, like what kind of car a person is driving.

The National Highway Traffic Safety Administration has established guidelines for establishing the location of these checkpoints. When choosing the location of checkpoints, the law enforcement agency should consider locations that have a historically high rate of DUI-related accidents and arrests. The safety of the location is also important, and a location should be selected based on the police department's ability to safely administer the checkpoint. A site is more likely to be chosen if traffic back-ups can be avoided. Therefore, areas where there are frequent traffic jams are less likely to be chosen, as are areas that cannot handle traffic back-ups. Generally, checkpoints will be operated during times when there are expected to be a higher number of drivers that are impaired by alcohol or drugs.

When conducting a DUI checkpoint, the police must stop vehicles in a non-discriminitory way. This means that they can stop and investigate the sobriety of drivers in every car, or every other car, or every third car, etc. The police cannot just decide on a car-by-car basis whether to stop the driver, as this is legally impermissible. The operating procedure should be outlined in writing before the checkpoint is initiated. The officers conducting the stop should be uniformed and easily identifiable as law enforcement authorities.

The Colorado Department of Transportation (CDOT) has outlined the "indicators of impairment upon initial contact" that the police are instructed to look for. When a driver is stopped, Denver police will be looking for:

CDOT also recommends that the officers involved in the sobriety checkpoints operation be specifically trained in DUI detection, in addition to being trained to use the Standardized Field Sobriety Tests established by the National Highway Traffic Safety Administration.

Your Denver DUI lawyer will examine the roadblock procedures used by the police, the officer's history of impairment detection training, as well as the officer's allegations of probable cause that led him to ask you to exit the car. Challenging the admissibility of this evidence on Constitutional grounds is crucial. The evidence against you can only be considered if it was obtained legally and fairly.

Thank you for contacting us. We will get back to you shortly.

Please complete all required fields below.

Kevin R. Churchill is committed to answering your questions about DUI law issues in Denver Colorado.

We offer a free consultation and we'll gladly discuss your case with you at your convenience. Contact us today to schedule an appointment.