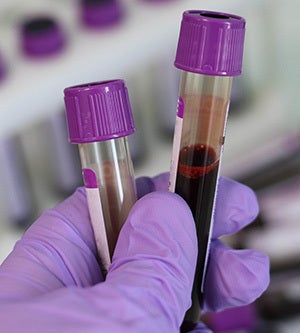 A driver's blood alcohol content is one of the most important pieces of evidence in any DUI case. After you have been arrested, the police will give you the option to take a blood or breath test. This test is voluntary, and you have the right to refuse the test. However, your refusal can be used against you in court. For this reason, among others, you should submit to a breath test when you are asked to do so.

All police agencies in the Denver, Colorado area use a breath test machine called the Intoxilyzer 5000. These machines record statistics about their own performance that your attorney will be able to examine for errors. These sometimes serious errors can cast doubt on the reliability of the breath test results against you. Additionally, there are several parts to these machines that need regular maintenance, and testing irregularities and errors can become more frequent toward the end of the machine's maintenance cycle. An experienced Denver DUI lawyer will know how to examine this data to uncover errors that might otherwise falsely convict you of DUI or DWAI.

There are other procedural requirements that have to be met before a blood alcohol test result can be used against you in court. The test must be given within two hours of your driving, it must be given by a certified operator, the machine has to have been maintained on schedule, the calibrating solution must have been changed within the prior six months - and so on. Your attorney will examine all of these details, and make legal challenges to the evidence against you when these requirements have not been met.

The Consequences of Refusing the Test

As mentioned above, it is better to take the blood alcohol test than to refuse it. There are negative consequences both at the DMV hearing and in your DUI criminal case for refusing the test.

Second, the officer who testifies in your criminal case will be allowed to tell the jury that you refused to take the test, and the prosecutor will be allowed to say to the jury that your refusal shows that you are guilty. It is important to recognize that this is very different from your Constitutional right to remain silent. If you remain silent when you are arrested, no one will be allowed to say anything about it later in court — or even let the jury know that you didn't speak. But if you refuse the blood alcohol test, the prosecution can use that against you in trial.

The Preliminary Breath Test or "PBT"

The breath test described above is the formal test that you are asked to take after you are arrested. However, when you are first contacted by the police, and before you are arrested, you may be asked to blow into a very small machine that can be held in the officer's hand. This is called the preliminary breath test, or "PBT." The results of this test cannot be used against you in court. You are not required to take this test and should decline to do so.

Other important BAC thresholds include 0.17, and 0.20. If the driver is validly tested, and the result is above 0.17, then the driver is automatically categorized as a "Persistent Drunk Driver" under Colorado law. It is not necessary for it to be a second offense for the driver to be labeled a "persistent" drunk driver. A test result this high subjects the person to more severe penalties, and will result in longer driver's license restrictions. If the result is over 0.20, the law requires a mandatory 10-day jail sentence.

Thank you for contacting us. We will get back to you shortly.

Please complete all required fields below.

Kevin R. Churchill is committed to answering your questions about DUI law issues in Denver Colorado.

We offer a free consultation and we'll gladly discuss your case with you at your convenience. Contact us today to schedule an appointment.